Café Frieda will remain temporarily closed through early 2022. We appreciate your patience.

Café Frieda is named in honor of Frieda Sondland (1921-2016), a passionate supporter of the Frye Art Museum who visited every day for many years.

Frye Members receive 10% off all orders! Just present your membership card at the register. May not be combined with other discounts/coupons. Join today!

“My husband used to come to the Frye quite often, especially in the last couple of years of his life. He spent hours looking at the paintings, enjoying every moment … that we came to the museum together makes me feel like I belong to the Museum, that it is part of my family.”
~ Frieda Sondland

Café Frieda is named in honor of Frieda Sondland (1921-2016), a passionate supporter of the Frye Art Museum. Frieda was born in Berlin in 1921. In the late 1930s, as the Holocaust began, she and her family were forced to flee Nazi Germany and found refuge in Uruguay. In 1953, Frieda and her husband Günther settled in Seattle. They operated their own dry cleaning and alteration business, Fauntleroy Cleaners, where Frieda established herself as a talented dressmaker and had many grateful customers who became life-long friends.

Later in life, Frieda and Günther moved to First Hill, and visiting the Frye Art Museum became an integral part of their daily life. Like the Museum’s founding patrons, Charles and Emma Frye, Frieda and Günther were art enthusiasts, who loved spending hours at the Museum Café discussing the paintings. The couple enjoyed travel, musical events, and being surrounded by their grandchildren and friends.

“I feel great admiration for Charles and Emma Frye. They were a couple who loved people and who left their fortune—not only their paintings but also money—to support the founding of the museum.” ~ Frieda

After Günther passed away in 2004, Frieda, who was then in her eighties, continued to visit her favorite Museum for many years, walking a mile nearly every day. Her loyalty earned her a named item on the café menu and an invitation to guest-curate Beloved: Pictures at an Exhibition, an exhibition consisting of her favorite paintings from the Frye Founding Collection. The exhibition celebrated Frieda’s dedication to the legacy of Charles and Emma Frye and her devotion to the Museum, which had become a part of her extended family. A resident of Seattle and Mercer Island, for the last twelve years of her life Frieda lived at The Summit at First Hill.

The Museum is grateful to Frieda's family for paying tribute to Frieda and the countless loyal patrons who have helped build a community at the Frye Art Museum.

Café Frieda at the Frye Art Museum was made possible by a generous gift from the Gordon D. Sondland and Katherine J. Durant Family Foundation. 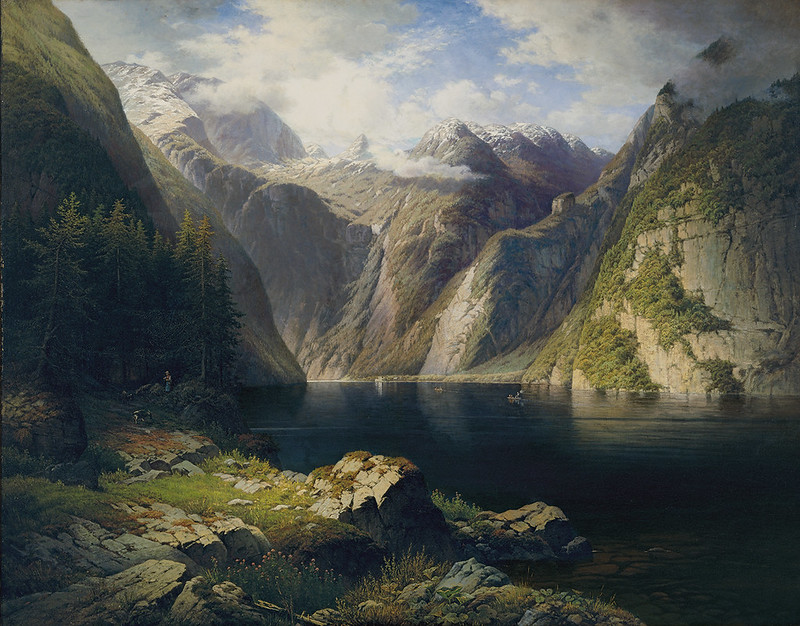